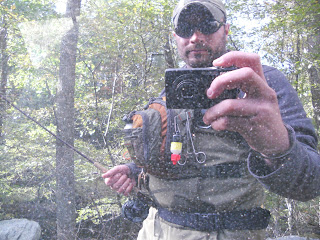 I got out for the first day of fall fly fishing yesterday. I cant even tell you how good of a day it was. I was landing a fish every second or third cast all day long. I even managed to catch not one but two browns one of which was a nice fifteen incher. I began moving around the stream to check on other holes and was having the same success in each. I then noticed three ladies fishing up stream of me. When one of them came walking up I waved her over. I asked her how they had been doing and found that they had had limited success. Well at that note, I not only gave up the spot I was at, I told her how to rig, what flies to use, and where in that hole to cast. Her third cast produced a nice rainbow. She then began pulling them in with regularity. I proceeded up stream to her two friends and did the same. One of the women hooked a very large, very pretty, brook trout that I netted for her. I must have spent at least two hours just talking to and watching them fish. It was as much fun watching them as it was landing them myself. The ladies where very thankful for the the advise and time spent with them. It was possibly the best day on the river I have had not only because of my success but because I was able to help others do the same. 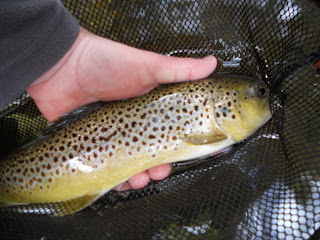 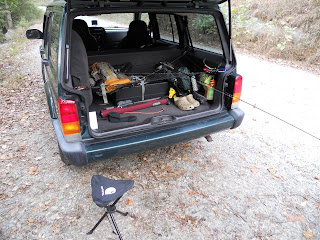 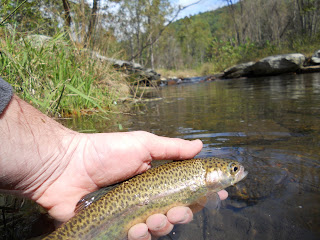 See you on the trail,
Lance
Posted by Lance Milks at 10:36 AM