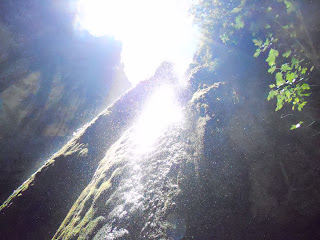 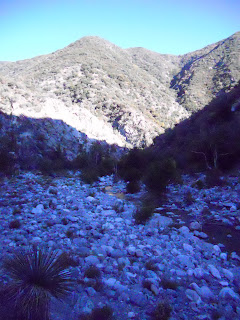 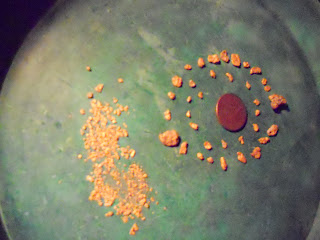 Well I'm back from California. It was quite the trip and I went for several reasons. I flew into LAX and my first impression of Los Angeles was that of too many people, too much traffic, and too much city. You can imagine my excitement and relief once I was in the mountains. We hiked up the East fork of the San Gabriel river. There is a lot of history to this small river that flows through a high dessert just North East of L.A. If you pay attention as you hike you will see the evidence of an old road that was built in the thirties which was washed away in a flood only a few years later. If you are willing to take on a ten mile hike you can hike up the canyon to "the bridge to nowhere" which is five miles from the nearest road now. There are several other signs that this remote area was once much more populated than today. The main goal for our hike was to do some prospecting. This area has a rich history of producing gold that goes all the way back to the Native Americans who settled there. The other reason for going was to do a little fly fishing or I should say Tenkara. There are native wild rainbows which are the descendants of the steel head that used to run all the way up the river before dams were built down stream. The area is truly rich with trout and I spent every morning before the sun and anyone else was up, walking the river casting dry flies to these little gems. Well Ive attached a video and some photos. I hope you enjoy looking at them as much as I did taking them.

See you on the Trail,
Lance
Posted by Lance Milks at 5:16 PM