The AT Goes Where? 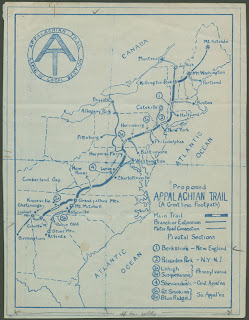 I recently heard some very interesting news about the AT (Appalachian Tail), well, the IAT (international Appalachian Trail). What do you think of hiking to Morocco? There is a plan in the works that will extend the Appalachian Trail into Europe. As it looks now, the IAT will run along the east coast of Greenland, and then on to Ireland, Wales and Scotland. The trail will then pickup on the mainland of Norway, and proceed south through France and Portugal, with a small run through western Spain, and finally ending in Morocco. Trails already exist along much of the conceptual route, so in many cases, participating countries can mark these trail segments with the IAT sign to make it part of the network. It seems that Greenland and Ireland are taking the idea seriously, and they are already plotting out the routs through their countries. This means, of course, that there will be some portions which involve a ferry or train ride, but that just adds to the adventure! With the small connector that links the AT to the Florida Trail, one could conceivably thru-hike from Big Cypress National Preserve all the way to Morocco. The logistics alone would be immense, and I'm sure it would cost a small fortune, but I bet you would never run out of stories for the camp fire!

See you on the trail,
Lance

UPDATE: I was asked to post a link to the article that I read this from. However, I am unable to locate it again. I have found this article pressherald which is almost word for word the same as the one I read. Also if you type "European Appalachian Trail Extension" into google you will see several more articles.
Posted by Lance Milks at 4:25 PM